Who knew umbrellas could be used for more than just rainy days? Marketing is a huge industry; from digital marketing to advertising, to public relations. Businesses need to plant their brand firmly within the sector, wherever is most relevant to their goals and team. They then need to work out a strategy that will work for them. Which part of the marketing umbrella will your team use and how will you make it work?

We’re seeing a fantastic campaign in Newcastle at the moment, demonstrating effective use of their marketing umbrella – literally! The Giant Umbrella, Newcastle is Netflix’s latest marketing initiative to promote their new series The Umbrella Academy. The huge umbrella-shaped sculpture will be calling Merewether Beach home over the weekend.

The show tells the story of a group of superheroes who reconnect after their father (who trained them) dies. With a rating of MA15+, Netflix knew it would take a viral social media campaign to reach its target audience.

Here are the things The Giant Umbrella, Newcastle got right.

Netflix picked Newcastle strategically. It’s a city with over 447 000 residents, where the average age is 37. Since 1955, the population of the city has been on a steady increase, with more young adults moving here for university each year.  Newcastle is Australia’s 7th largest city. We’re small enough to avoid the over-the-top crowds seen at Sydney’s Bondi Beach but big enough to reach a considerable amount of individuals. Even still, Newcastle is a short drive or train ride from Sydney, so residents from the capital city can still check it out. They also picked Australia’s most densely populated state, ensuring they could reach the greatest number of people.

Netflix is online, so they know their audience is already active Internet users. Netflix based this campaign on social media, using a variety of images and video content to promote the show. The Facebook event has a short, informative description (perfect for the quick-succession scrolling users are guilty of) that encourages users to jump in a photo taken by Netflix’s drone, or even snap a pic themselves and “make your followers jealous with an Umbrella Academy super selfie.”

The event also uses the exact location to ensure its seen by anyone looking for events near within Newcastle. Because Netflix is the creator of the Facebook event, it appears connected to their Facebook page – but just for good measure they also shared it to the page’s timeline. The team behind their social media accounts is very responsive to user comments, posts and questions, further encouraging more users to interact with the brand.

Far enough into the New Year that the temperatures aren’t blisteringly hot, but not so far into 2019 that the beach would be too cold for anyone to visit. Netflix picked the last weekend before university classes commence. Aware that a large section of their target audience will be getting back to studying soon, they chose the last few days in which uni students will be hitting the beach and lapping up the sun. Doing the campaign over the weekend was also a tactical move, this timing is most likely to work best for 9-5 workers and adults with a full time job – the weekend is their best bet for finding a spare hour or two to check it out.

We think Netflix have put together a fantastic marketing campaign, but there’s a couple more things they could’ve done to make it even better.

This campaign would’ve greatly benefited from a hashtag or two that users could pop in their caption for their umbrella photos. Something relevant to the city and the show, like #UmbrellaNewcastle or #MerewetherUmbrella, would’ve been perfect. It could’ve been used on Netflix’s social media and the Facebook event to spread the campaign further and got even more people excited about the show.

We noticed that, despite their 150 000 followers and verified tick on Instagram, Netflix doesn’t have a great bio. It’s funny, which might make more users remember it, but it has no links embedded in. They could’ve had a link to the Facebook event, or perhaps to a blog about the campaign, but we didn’t see anything.

The event is still underway, so perhaps this content is coming soon, but we’d love to see a photo of someone we know in front of the umbrella. We think a reposted image from an influential name in Newcastle – like the mayor or a local athlete – would receive a lot of attention.

We haven’t seen anything much yet, but a highlights thread on Instagram of stories from the weekend would be amazing! As with the points above, Netflix could use their specific hashtag to find greats posts from other users and repost them to their own story!

Even still, this campaign is great. The residents of Newcastle are loving it and Netflix has done a great job of promoting the new show. Is anyone else going to spend the weekend like me, hitting up Merewether before binge-watching The Umbrella Academy? 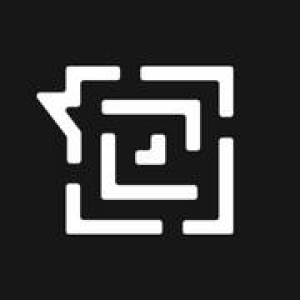 Our team worked together on this blog! Click the logo to check out our team page, and learn more about the faces behind The Marketing GP.

Want to learn more about what we can do for your next project?

If any or all of what we’ve touched on here speaks to your marketing needs, schedule a video chat with our Chief Marketer, Holly Martin. We guarantee The Marketing GP ticks every box as the comprehensive outsourced marketing partner your business needs.

The Marketing GP © 2022. All rights reserved